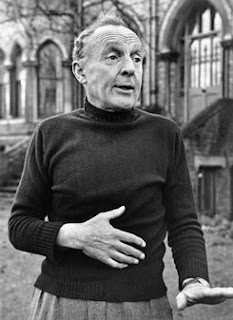 It's something I struggle with daily -- finding the will to write. The work is hard. It's sometimes isolating. There are days when it seems hopeless to even consider myself talented enough. And so I find ways to distract myself until I gather the courage to finally stop avoiding it. The only person who will write my books is me. Life is too short and the work too long . . .

During these times, I often turn to a description of the author Joyce Cary's last months and days of writing. Amyotrophic Lateral Sclerosis (ALS) struck Cary and he died in 1957. I wish I could credit the writer, but I have been unable to locate that information.

So, how dedicated are you to your craft?

He ceased working in the top attic as the stairs became impossible for him and began to use Trudy's old private sitting-room on the ground floor as his study. He had metal grips fitted into the walls of the passages at various strategic points and with their aid and that of a stick could for 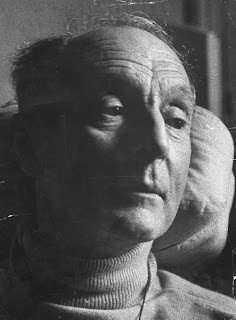 a time get about without other help. When the disease attacked his hands he contrived a sling with an elastic band which could take the weight of his wrist and leave him free to write . . .

He was in bed all the time now and working under heartbreakingly difficult conditions. He now had a bed-desk invented by himself and made for him by his next-door neighbor, a magistrate whom Joyce called "the Judge". A roll of blank paper ran underneath which led across the desk to another roll on which the used paper was wound.

At first, he still had enough movement in his right hand to be able to push the paper forward as it was used. When this, too, became impossible his son Tristram devised an electrical switch by which Joyce dropped his wrist on a button and the paper moved forward automatically. The hand itself was supported by a sling and the pen or pencil was fastened to the fingers. 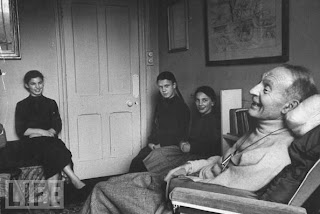 You can read more about Joyce Cary here.

"Inspirational" seems too trite a word for Cary.

Thanks for sharing, Janet.

I'd call him passionate. Writing was what he did and he wasn't about to give it up.

I've always thought the hardest thing about writing is that you don't 'have' to do it.

So right, Barb. We must.

How much might he have produced with all the technology availble to us today? Writing is hard, yet I cannot let a day pass without spending time in my office.

I read a few of Cary's books many, many, many, years ago. I still remember one of his character names--Sarah Monday. Why her name sticks in my head I can't say! (To put this in perspective, I don't remember the names of the characters in the book I've been reading for the past two weeks!)

And he faced them with such determination. It puts me to shame . . .

Ah, but it should also give you some encouragement, Janet. If he could write under his circumstances, there's no reason the rest of us can't find the time.