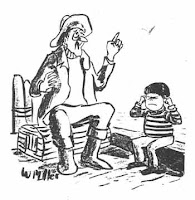 In part one of this look at Voice, we talked about the voices of your characters. Another voice in any work of either fiction or non-fiction is the voice of the narrator.

In a first-person account, obviously, the voice of the narrator is the voice of one of the characters. But even in that case, there will be variations in the voice, as the character reports his own dialogue with assorted other characters, and as the narrator reflects on the events of the story, or addresses the reader directly. All these variations must be consistent with the underlying voice of the character, while reflecting the kinds of changes that we all make in response to different situations. This distinction is even greater when the narrator is telling the story from a perspective beyond the end of the story, whether that be a week later, or as an old woman recalling her childhood. 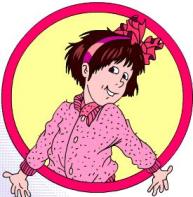 Great examples of the first-person narrative voice range from Barbara Park’s Junie B. Jones through Kate DiCamillo’s Opal in Because of Winn Dixie to Twain’s Huck Finn and Salinger’s Holden Caulfield. First person narratives are very popular in children’s and YA fiction right now. They give you the advantage of immediacy, and help the reader to identify with the character. Of course they are also limiting in all sorts of ways – not only can the narrator not tell the reader things the protagonist doesn’t know, but their observations and reflections are inherently suspect as they can hardly be objective observers of the events of the story. And there is a danger that the narrative voice may tend to be considerably older than the voice of the character in dialogue. This is one reason authors sometimes make the narrator an adult reflecting on the events of his or her childhood. It’s a tricky approach but effective if done well. It should not be just a way to excuse not shaping the narrative voice to fit the story. 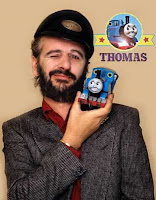 Even with a third person narrator, Emily Lockhart suggested at Kindling Words, it can be interesting to have the narrative voice evocative of the voice of the character: so in a book about a teenager, the third-person narrator might have a tone and vocabulary appropriate to a teen, while one about a first-grader even the narrator would have a younger voice. It is more common to have a third person narrator, whether omniscient or not, whose voice is more detached from the story. Even so, that narrator is a voice, a voice which can be breathlessly gullible, or cynical and sardonic, or moralizing, or amused. You as the author may choose to have the narrator play a role in the story, not as a character but as a commentator, like the chorus in an ancient Greek drama, or like the storytelling narrator in Kate DiCamillo’s Tale of Despereaux. Or you may choose to work on making your narrator’s voice disappear, so that the reader is scarcely aware of it.


The third person narrator was long the favorite for children’s fiction and there are some wonderful examples to study. Again, it’s fun to compare books by the same author to try and figure out how the narrative voice changes depending on the subject matter and tone as well as the age of the reader/listener. Compare, for example, the narrator in Louisa May Alcott’s Little Women with the narrator of the same author’s Rose in Bloom. In the first the narrator is omnipresent but mostly silent, in the latter the narrator keeps up a running commentary on the events of the story, even occasionally addressing the reader directly. More recent authors whose work provides for similar comparisons include Tomi DiPaola, Ezra Jack Keats, Irene Hector Smalls and Maurice Sendak.
Narrative voice is also a consideration for non-fiction work. A non-fiction narrator may be very detached, even clinical in presenting material, or may be completely and emotionally involved with the information being explained. A sardonic or skeptical narrator can serve to cast doubt upon the facts, while a narrator who is clearly passionate about the subject may cause one reader to get caught up in the excitement while another may immediately question the reliability of the information. Children and teens hate to be talked down to, so it’s important that a non-fiction narrator not be condescending. And of course you don’t want your material to be pedantic or boring! 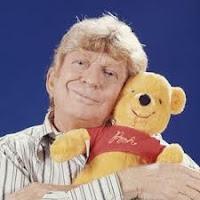 The exercise suggested for helping to develop different character voices can be of use here as well. Try re-writing the same scene (if fiction) or section (if non-fiction) in deliberately different narrative voices. Try printing out a page or two of narration, with all the action and dialogue lines trimmed away. Who talks like this?? Think about different narrative voices in film - Burl Ives, Jimmy Durante, Sterling Holloway - and how their voices literally shaped the stories they told.
Imagine the narrative bits of your piece being read by, say, Eddie Albert (who was the voice of the narrator in the video of Dr. Seuss' The Lorax). Now imagine it being read by Morgan Freeman. Or Sylvia Pujoli. How do those voices change the material? Can you capture some of that essence in your text?
Develop a character sketch for the narrator of your work-in-progress – how old is she? What does she think about this subject? Give your narrator a paragraph or two to talk about himself (not in the final work, obviously), and see what he sounds like. Do you like him? Is he appropriate to your material and your reader? If not, fire him and go looking for someone who is. You don’t want your piece to be undermined by your narrator!
Posted by Sally at 5:10 AM

Voice: so difficult to define or explain. You've done both, Sally!