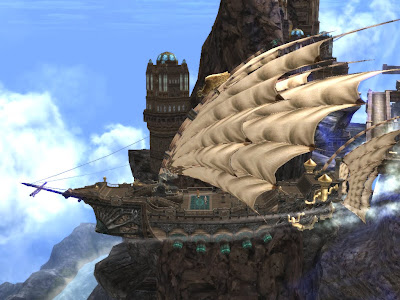 Steampunk has been around for more than twenty years, but it is just now beginning to make its way into the mainstream. You can now find it in art, music, and fashion, and there's a whole world of steampunk costume play out there. In children’s literature, books like Leviathan by Scott Westerfeld and The Infernal Devices series by Cassandra Clare have helped bring it to the fore. It’s a speculative fiction sub-genre that is gaining ground every day, so if you like writing adventure stories, or historical fiction, or fantasy, or even all three, (which would be ideal) steampunk may be right up your alley. 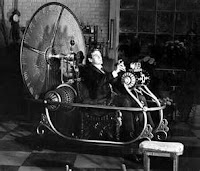 What, exactly, is steampunk?
Think H. G. Wells’ Time Machine or Jules Verne’s Twenty-Thousand Leagues Under the Sea. Steampunk generally takes place in the Victorian age - the late nineteenth century, before electricity and the internal combustion engine - and on an alternate Earth. Much of the time, the setting is either London or the American west and the technology is based on machines and the steam to power them, thus the steam. The punk is the subversive attitude of the characters who aren’t prepared to sit around and accept the status quo. They have issues and agendas and generally don’t like the establishment very much. 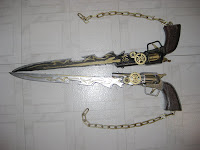 These are a part of every steampunk novel. Your setting may be Victorian, but it will also be a futuristic Victorian - what might have been if we followed the path of steam and clockworks rather than that of electricity. That means your characters will have all sorts of new goodies to play with. Generally, there is a mechanic or a tinkerer on the side of the good guys, and/or an evil scientist on the side of the bad guys who make these cool toys. Anything you can imagine is fair game as long as you can make it believable. It doesn't have to be real science, it just has to sound like it is.

And don't worry about the anachronisms. That's all part of the genre.

While some folks in your novel are riding around in horse-drawn carriages, others may be driving steam powered bicycles and cars, or flying around on blimps and airships. You may have a clockwork computer or a robot that is wound with a key and, if some character is unlucky enough to have his arm sliced off with a sword in a duel, it just may be replaced with a brand new mechanical arm that can fire mini balls or mustard gas.

The Plot
Steampunk is also, more often than not, all about the plot. It is fast paced and action packed. Characters often travel the world searching for something or someone, a la Indiana Jones. The baddies tend to be bad, and the good guys are basically good, but not beyond indulging in some mischief and mayhem themselves. If you’re doing YA, you might throw in a romance as a subplot. MG’s often revolve around a mystery of some sort. And if you're into graphic novels, steampunk suits that form nicely. Like any other genre, the problems and plot you create should be appropriate for your audience.

The Rules
Now, having said all that, keep in mind that the rules of writing, no matter what the genre, are pretty much like the rules aboard the Black Pearl. They're more like guidelines. For instance, Leviathan doesn't take place in the Victorian age. It takes place during WW I. You'll find steampunk novels with angels and vampires in them. You'll come across some that are all about the characters rather than the plot. The point is, if you don't want to end up with a very cliche story, you have to find your own, unique twist, even if means breaking the rules.

To give you a taste, here’s a bit about Scott Westerfeld’s Leviathan. World War I has just broken out and the sides are not the axis and the allies. It’s the Clankers - those who have spent their time building enormous iron airships loaded with great guns and cannons, against the Darwinists - who have taken survival of the fittest to a point where they create genetically altered animals to serve their purposes. The Leviathan - a whaleship - is their largest air ship. So as you can see, almost anything goes.

If you need help with ideas or in getting started, check out writing.com

which will give you a list of all kinds of things you’ll find in a steampunk novel. You can also turn to the The Steampunk Bible: An Illustrated Guide to the World of Imaginary Airships, Corsets and Goggles, Mad Scientists, and Strange Literature by Jeff VanderMeer.

If you've ever wanted to let your imagination run wild, this is the perfect genre to do it in. What could be more fun?

I'm quite visually drawn to steam punk -- I could so go there in a fashion kind of way.

And, lucky me! I saw excellent examples of it throughout the Beatles Love Cirque du Soleil performance in Vegas.

Thanks for a great post, B. Is there a list of steam punk novels out there anywhere?

There are some lists at Steampunk Scholar.