If you’re like most writers, you probably have a graveyard of dead manuscripts - without plots , badly written,  unfinished, unsellable, or some combination of those things - slowly fading to yellow in a drawer or file cabinet, or maybe collecting dust in a pile of papers on, or by, your desk.  Maybe yours are buried deep in your computer, in forgotten files you haven’t opened in years, or maybe they’ve been swallowed by that old computer that crashed.  If you’re like me, they’re rotting away in all those places.  I saved practically everything I ever wrote assuming one day, when I became a really good writer, I’d take all those bad manuscripts and turn them into wonderful manuscripts and I’d be selling stories right and left.

Not every manuscript can, or should be, brought back to life.  So, which get to live and which need to die?  Well, in your graveyard, the choice is up to you.  But before you start cracking the coffin lids, be sure to put on your garlic necklace, pick up a stake, and toss the old pitchfork over your shoulder, because a manuscript graveyard can be a scary, scary place. 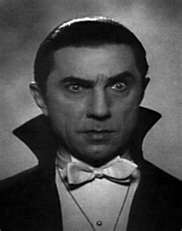 
Beware the vampire manuscript.  This is the manuscript that constantly calls to you, that sucks the lifeblood out of you because, no matter how hard you try, you just can’t make it work.  The reason, of course, is that it has no heart and soul, it is already dead, but you are simply too attached to see it.  Hold it up to a mirror and look closely, and you will see there’s nothing there.  Forget your past attachment to it.  Slam that stake through its pages and forget it ever existed. 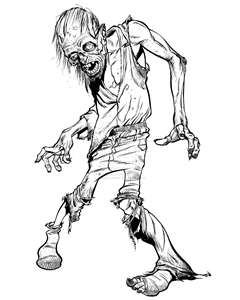 
These are manuscripts that make you scream, or groan, or cry, or maybe even laugh when you dig them up, depending on how twisted you are.  You’ll probably find more zombies in your graveyard than anything else.  They are most often finished manuscripts, and yet, they’re not quite complete.  Perhaps the story is good, but the writing is feeble, so it stands on tottering legs.  Or perhaps the writing is rather good, but there really is no story.  The brains are missing.  They are mostly mediocre messes that just don’t satisfy, certainly not the way Chucky and Jason do.


Sometimes, zombies can be saved, sometimes they can’t.  It all depends on how good a witch doctor you’ve become.  Those that stand on the tottering legs of bad writing can generally be rescued by even an intermediate level witch doctor.  Those without brains . . . well, you’ll need strong voodoo to save them.  You may be better off just lopping off their heads.  Of course, you can always leave them as they are and revisit the mausoleum another time, perhaps when you are more practiced at your profession.  They are zombies after all.  They’re not going anywhere. 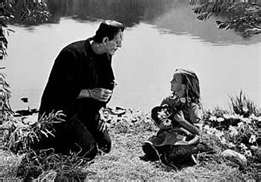 
These manuscripts have meat and bone and flesh, but are usually unfinished.  At some point, the manuscript took on a life of its own and you just didn’t know what to do with it.  Like Victor Frankenstein, you probably weren’t happy with the way it was turning out, so you abandoned it.  All it really needs is a bit of love and a good jolt or two to bring it back to life.  Luckily, you are not the blockhead Victor Frankenstein was, and are capable, upon seeing it again after all this time, of recognizing its worth and merit.  Forget what it was, or what it looks like now.  Put your talents to work and turn it into the story it was meant to be. 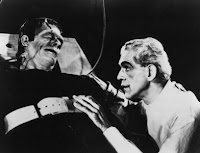 Bringing life to an old manuscript is hard, IMO, much harder than creating life in a totally new one, because we tend to think back to what we wanted to create and try to recreate it, rather than looking at it with fresh eyes and seeing what we can do with it now.  But now is where you are, now is when the manuscript has to work, now is the market you are in, and now you have skills and abilities you probably didn’t have then.


Don’t be afraid to unleash the mad scientist that lurks within.  Take out that red pen and dare to hack and slash, to cut out entire chapters and unworthy individuals.  It might be that your overweight 600 page monstrosity is really a slimmer 250 page novel.  It may be just as likely that your emaciated 200 page novel needs to be fattened up into a trilogy.  That YA contemporary romance may work better as a dystopian today, and that picture book you could never sell might be reworked into an easy reader.  It may be that you’re just telling a story from the wrong POV.  Consider the idea of the story, rather than the actual story itself, and who knows how you might recreate it.


You may be reluctant to visit your graveyard.  Perhaps you believe the dead are better off dead.  My theory is that it’s worth an occasional visit every now and then.  It might be frightening and even a bit ghoulish to dig up old corpses, and what you dredge up may stink to high heaven, but remember, once upon a time, you loved each and every one of those manuscripts buried there.  You didn’t toss them out with the trash or hit the delete button.  You buried them.  Dig them up, dust them off, give them a bit of examination, and take the best to the lab.  Hook them up to those electrodes, to those neurons and synapses, then open your mind, turn on the juice, and bring on the lightning.
Posted by Barbara at 6:00 AM

Oh, lord, now you have me craving a movie.

Wasn't that a great movie!

Tried to post this Monday and for some reason there was only a box and nothing to click.

Anyway... I loved this one!