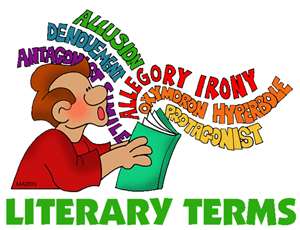 Last time we looked at similes, metaphors and analogies, all ways in which to make your writing more memorable and vivid.  This time it’s personification, allusion and hyperbole. 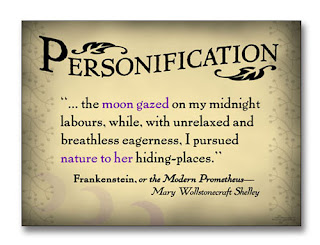 Probably the only real problem that arises when using personification is using it too much.  Overuse can turn your work into purple prose. 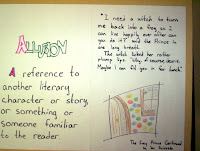 Allusion is alluding to – or referencing – something or someone in order to make a point quickly.  Rather than describe a character’s failure at something, you might, instead, say, it was his Waterloo.  Anyone familiar with Napoleon Bonaparte and the battle of Waterloo will know what you mean.  If you wrote, “He sang like Pavarotti,” the reader would get that your character had a great tenor voice.  It also brings to mind a certain image of who your character is.  If you wrote, “He sang like Steven Tyler,” an entirely different image and voice come to mind.  And in both cases, you don’t have to use a lot of explanation to describe your character’s singing voice.


The problem with using allusion, is that you have to keep your audience in mind.  The allusion doesn’t work if your reader doesn’t know what you’re talking about.  If I were writing middle grade fiction, none of the above allusions would work, except for, maybe, the Steven Tyler reference.  The odds are very good that middle-graders don’t know Waterloo or Pavarotti.  Some of them might know Steven Tyler.  So when you use allusion, try to allude to something or someone universal, things in popular culture that are also part of your reader’s world, and that almost everyone will recognize.


She was a Lyndsey Lohan in training.
The planes darkened the sky and it was 9/11 all over again.
He was as thick as the last Harry Potter novel.


Most people will get the meaning of those sentences without any further explanation. 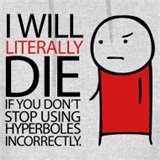 Hyperbole is just another word for exaggeration—overstatement and understatement.  It’s making a point by going too far, or not far enough.  Overstatement is simple, direct and most people get it.


I could eat a horse.
I’m all ears.
She was dead to the world.


The reader knows not to take these words literally.  They’re just over-exaggerations of a character’s hunger, interest, and fatigue.  You might use overstatement to show characterization or to emphasize a point you’re trying to make.


Understatement is a bit more subtle.  It’s generally saying something entirely opposite of what you mean.  Think sarcasm and irony.


Well, that was a party to remember.


What the character is really saying is that the party was a horrendous debacle, and the sooner it’s forgotten, the better.  So why not have the character say that?  You might, depending on who the character is and what you’re trying to convey.  A whiny character might go on and on about the disastrous party.  A more laid-back character might use the understatement, which could lighten the mood a bit, and show us she’s not easily frazzled.


A problem with understatement is that some people may not get it.  Be sure to include some context clues.  Let the reader know that Mary doesn’t like Sue before she tells Sue, “Nice skirt,” otherwise, they won’t get the fact that Mary really thinks Sue’s skirt is ugly and that she’s giving her a backhanded insult.

If any of this feels the least bit intimidating, keep in mind that you’re probably already using all of these forms of figurative language in your writing.  We all do.  Take a look through any of your manuscripts and I’m sure you’ll find them. Now, instead of using them randomly, consider where you’re sticking them and why you’re sticking them there.  Use your words to do more than tell.  Paint some pictures, make your prose a bit more poetic, and take your writing to the next level.