More and more middle-grade and YA novels are being written in first person. Many people like first person because it brings them closer to the main character. If this is your POV of choice, here are a few tips to help make the task easier.

Most of us know this already, but in a first person POV, it’s a bit harder because the nature of first person is to tell. The main character is ‘telling’ a story, so we have to work doubly hard to make sure the story happens, rather than telling it.

Telling - I stood at the bus stop wishing the driver would hurry up and arrive. It was freezing out and I didn’t know if I could stand the cold much longer.

Showing - I stood at the bus stop, shivering. The bitter wind blew hard and cold, and my lungs burned with each breath. I hunched my shoulders to my ears and slid my numb hands into my coat sleeves. Where was the bus driver?


Talking to the Reader

This is another common problem when writing in first person - talking to and explaining things to the reader. It’s an easy trap to fall into because, once again, that’s the nature of first person. But the main character shouldn’t be telling things he already knows. He should be telling us what is happening. 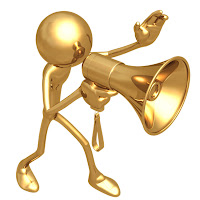 Example - My name is Aaron Cutler and I’m 13 years old. I’m sitting on this bus and heading to Georgia because my parents died, and now I have to live with an aunt I’ve never met.

What happened in this example? A boy talked. So really, nothing happened. Yes, we've learned some things about him, but there is no story here. It’s all explanation. Aaron already knows all this about himself, and he’s sitting by himself on the bus, so who is he talking to? The reader. But the reader isn’t part of the story. The reader doesn’t exist in Aaron’s world, so there’s no reason for Aaron to be talking to him.

So how do we get all this info to the reader without talking to him? Through action and dialogue. In this case, the easiest way is to give Aaron someone to talk to.

Example
I sat on the bus and stared at the paper in my hand. Cora Bentley, 17 Wildwood Terrace, Atlanta, Georgia. Dad’s sister, and a total stranger. And I was stuck with her, at least until I turned eighteen. Five years with a total stranger.
“Mind if I sit here?”
I looked up. A kid about sixteen or seventeen stood there. “No. Go ahead,” I said.
He tossed a backpack into the overhead luggage rack, then sat beside me. "So, where you headed?” he asked.
“Atlanta.”

And as the conversation progresses, the rest of the information comes out. The opening starts with story, rather than a lot of blather. And the conversation will help with the characterization of both characters. 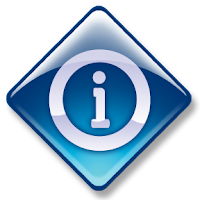 Another problem with first person is constantly saying ‘I’ did this or ‘I’ did that. Too many ‘I’s’ in a story can easily become annoying to the reader. Generally, they’re the result of falling into the telling and talking to the reader traps mentioned above. Solve those problems, and the ‘I’ count will magically dwindle away.
First person can be a powerful way to tell a story if it's done right. Conquer the common problems and you just might come up with a winner!
Posted by Barbara at 12:45 PM

I ALWAYS love your Mentor Monday posts, B.

Good advice, as I'm trying right now. . . this week . . . whether to go to first or third person in one of my novels.

You make it sound easy, Barb!