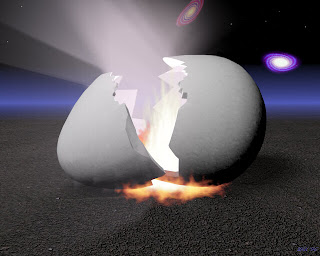 Beginning a novel can be tough. There’s always the question of when to begin. Start too early and you can lose your reader to boredom. Start too late, and he may become confused, or not be invested enough in your main character to care what happens to him.

Starting with backstory is a sign of beginning too early. Filling the reader in on who the main character is, and what her life is like and how she came to be in her current situation, generally makes for a slow beginning, one where nothing happens because the writer is explaining to his audience, rather than allowing a story to unfold. There’s no reason to read on.

Dropping a character into the middle of his problem could be starting too late. Readers don’t get the chance to meet your protagonist and form a connection with him, so it’s hard to care about him or his problem.

One of the best pieces of advice I’ve received about beginnings (and I have no idea who I heard it from) was to start the story on the day that was different, the day your protagonist’s life changes.

In the Newbery award winning book, Bridge to Terabithia, Katherine Paterson starts the story on the day Jesse Aarons gets a new neighbor. Nothing earth-shattering happens. He doesn’t even meet his new neighbors. But Paterson shows us a few hours of his daily life, through action and dialogue rather than backstory, which allows the reader to see who he is and care about him. And when he’s told at the end of the chapter that new people are moving in, we know the new folks will be the catalyst for what’s to come, even if Jesse doesn’t.
In the world of Charlotte’s Web, a pig who is the runt of the litter is usually killed. On the day the story opens, Pa doesn’t kill the runt. The day is different, and the reader immediately knows there will be something special, or different, about this tiny piglet long before Charlotte tells us. In both cases, we have a reason to read on.
There are always exceptions, but starting on the day that is different seems to be the exactly right place to start. It gives you room to establish character, set time and place, create empathy, and introduce the difference that creates the problem that drives the story. Try it on one of your own novels. It might just be the beginning you’re looking for.
Posted by Barbara at 6:42 AM

Interesting...I'll have to start looking at beginnings again!