Before you head out to the parade, or picnic, or family gathering, remember what this day is all about. It's a celebration of our break with the British Crown and of our declaring ourselves free to make this country our own. This breach was achieved through a well-written essay, the Declaration of Independence. 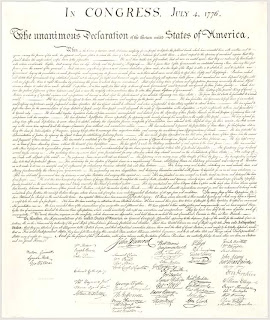 We all learned the elements of essay writing back in our elementary school days. So, consider today's Mentor Monday a refresher. We'll use the Declaration of Independence as a model.

An essay should have three parts: an introduction, a body, and a conclusion. The purpose of the introduction is to get the reader's attention, to provide a bit of background, and then to state the intended goal (or thesis). How's this for an attention-getter?

The unanimous Declaration of the thirteen united States of America,

When in the Course of human events, it becomes necessary for one people to dissolve the political bands which have connected them with another, and to assume among the powers of the earth, the separate and equal station to which the Laws of Nature and of Nature's God entitle them, a decent respect to the opinions of mankind requires that they should declare the causes which impel them to the separation. 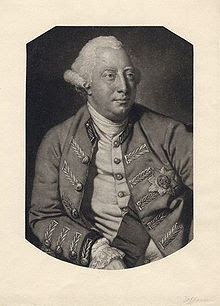 We grabbed King George by the you-know-whats and told him "We're SO over you. We'll gonna tell you why, now, so pay attention."

The body of the essay is supposed to further explain the goal/thesis. The Declaration is specific,

The history of the present King of Great Britain is a history of repeated injuries and usurpations, all having in direct object the establishment of an absolute Tyranny over these States. To prove this, let Facts be submitted to a candid world

Eighteen "Facts" are then laid out for the King. (You can tell these are the main points because they all start with "He," as in "He did this," and "He did that." And there are several subpoints, too. The drafters of the Declaration knew how to outline! Good job, Guys!)

The conclusion of an essay should be memorable. The Declaration sort of bitch-slapped the King with:

A Prince whose character is thus marked by every act which may define a Tyrant, is unfit to be the ruler of a free people.

Yowsa! Not only did we call him names, we also demoted him to Prince! Snap! No wonder he sent the redcoats after us!

The conclusion should also briefly restate the goal/thesis. You can't get plainer than this:

We, therefore, the Representatives of the united States of America, in General Congress, Assembled, appealing to the Supreme Judge of the world for the rectitude of our intentions, do, in the Name, and by Authority of the good People of these Colonies, solemnly publish and declare, That these United Colonies are, and of Right ought to be Free and Independent States; that they are Absolved from all Allegiance to the British Crown...

"We've gone over your head, Prince, and have called on the Big Guy and all our neighbors! So take your crown and scepter and GO HOME!"

An A+ essay if ever there was one!

Have a safe holiday.

So, of course I'm reading this on Tuesday because in my world, when one has a long weekend, Tuesday becomes Monday, right?