Some months back, Barbara wrote a terrific piece about how inserting the right prop in your story can help define your character’s job, her personality, emotional state, or just keep the story moving. You can reread Barb’s entry here:
http://thewritesisters.blogspot.com/2012/04/mentor-monday-props.html

The point is, if you insert a prop in your story, it should do something, not just fill in the description of the character’s milieu. Playwright Anton Chekhov is credited with pointing out this plot device. He stated that if a gun appears in Act I of a story, it had better be fired in a later act. Embedding a prop in the story that appears to be insignificant but later leads to some kind of story resolution is related to the technique called foreshadowing. There are, however, slight differences between the two.

Chekhov’s Gun refers to an actual prop that will be used later on. Barbara’s blog entry mentioned Harry Potter’s wand. It is essential that Harry buy just the right wand. Not only will its power be important, but it will also link him to other characters in the story.

In The Hunger Games Suzanne Collins uses a bow and arrow as prop. Katniss Everdeen is shown early on hunting for food for her family. That particular bow will not be used to win the Games. Instead it foreshadows the skills Katniss might need to survive the Games. By using it Katniss demonstrates that she is brave (she is willing to hunt outside the permitted boundaries of District 12), she is clever (she not only hunts for food for her family but to trade for necessities) and she is skillful (she has developed the calm demeanor and sharp eye of the hunter). 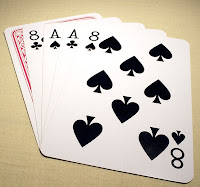 Bravery, cleverness, and hunting skills are intangible traits but they tell us a lot about our heroine. And, they foreshadow her future success.

What if the Games did not involve life or death? What if Collins had decided to make the Games revolve around a Texas Hold ‘Em tournament? Katniss’s ability with a bow would have been superfluous: it would be a Red Herring. 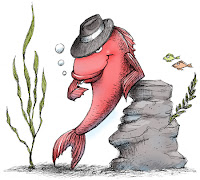 Red Herrings have their place in certain types of story, most notably mysteries. Just because the weird neighbor across the street has a Civil War knife collection, it won’t necessarily follow that he’s the killer. But if the victim’s body has stab wounds, the reader will put Mr. Neighbor high on the suspect list. And that’s what the author wants the reader to do. This sort of technique adds tension to the story. 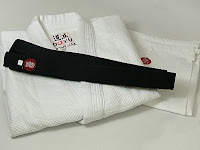 As a novelist, you sometimes have to add “Chekhov’s gun” after you’ve written the first draft of the story. Not all of us write using pre-determined outlines. Some of us are seat-of-the-pants writers who let the characters show us where they want to go. If you’re in that category, you might find, at the end of chapter 10, that your character defeats the antagonist with a well-placed karate chop. If so, you’d best go back and hang a black Gi in the closet in chapter 1.


In other words, give your protagonist something to shoot.