Mentor Monday - It Takes a Thief 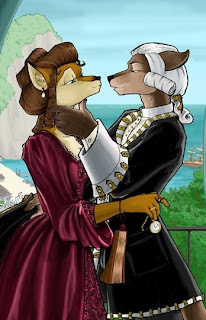 You’ve heard it before. There are only three plots. Man against man, man against nature, and man against himself.

But wait. There is another theory. The two plot theory. A stranger comes to town. The hero leaves town.

And if you’ve been around long enough, you’ve probably even heard the one plot theory. The hero wants something and will do anything to get it.

Regardless of which theory you believe, I think we can all agree that no matter what we write, it has already been done in some way, shape or form. So what’s a writer to do?

Yes, I’m advocating theft. Steal an old story and give it a new spin. But don’t just steal any old thing. Steal from the best. Think about timeless stories that have been around forever, stories that are read by one generation after another. Those are the stories to steal.

How many versions of A Christmas Carol have you seen? West Side Story is clearly Romeo and Juliet, and The Lion King a thinly disguised Hamlet. And Frank Herbert’s Dune? It looks an awful lot like the story of Moses to me. 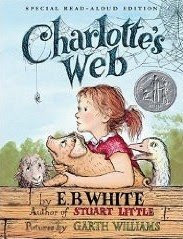 As a children’s writer, you might take another look at Charlotte’s Web. Turn the animals into teens, blend in your twisted take on life, and you have an angst filled YA. Take Lord of the Flies, mix in some great humor, and a dark tale becomes a hilarious adventure story. Move the Little House on the Prairie to a distant planet and you have a sci-fi series.

If you do it well, no one will ever know you stole your idea because your story will be vastly different from the original. Why? Because hopefully, you’ve added your own experiences, your own take on life, and your own personality into the characters and events of your story. All that should remain of the original is that small kernel of truth that everyone relates to, that touches your heart or causes you to think, that turns your story into the next ‘classic.’

So pick a plot. A timeless plot. Twist it, bend it, shape it - mold it into something fresh and new. And remember the words of the French film-maker, Jean-Luc Godard.