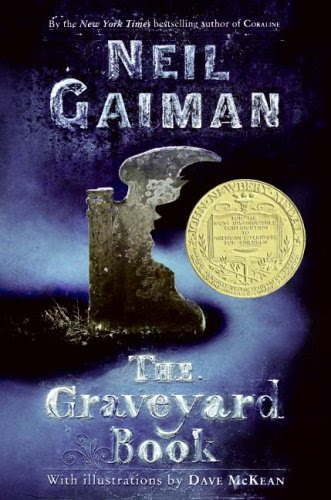 My least favorite genre is fantasy. Well, except for the Harry Potter Books, of course. And you’ve already read my posts on the Twilight Saga. And, I did like the Wrinkle in Time trilogy. Mrs. Frisbee and the Rats of NIMH was great…

Okay, so maybe I don’t hate fantasy. What I like are books with great characters and all of the books mentioned above have that trait in common. The characters stick with you, long after the “fantastic” part of the stories end.

Frankly, I probably would have never picked up Gaiman’s The Graveyard Book except that I try really hard to keep up with the current award winners. Since The Graveyard Book has a big ol’ Newbery medal slapped across it, I made myself “read” it. Of course, by “read” I mean “listen to” because, as I’ve mentioned before, I do most of my reading in the car. So, instead of miles and miles of forced education about the latest ALA pick, I got an unexpected treat. 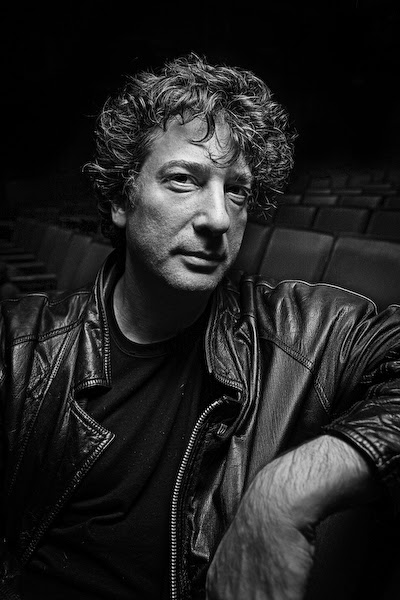 Neil Gaiman reads his own work. He’s got one of those lovely, soothing, professional story-teller’s voices. And, he’s British by birth, so you know what that means: the story sounds even better with the accent. C’mon, you know it’s true!

The Graveyard Book is the story of a child given the name Bod--for Nobody Owens. As a baby he manages to crawl away from his home while his family is being cruelly murdered. He crawls through the gates of a cemetery and the cemetery folk take care of the little tyke. He can’t talk yet so no one knows his real name. A nice dead couple by the name of Owens takes on his care so, since he’s nobody in particular, the name makes sense.

A human being can’t really live in a cemetery. A person needs food and clothing after all. Gaiman provides Bod with a special guardian who is the only one who can come and go from the cemetery and still see the ghosts who live there. Still, a story needs tension and Gaiman does a fine job of giving us two problems that will need a solution. Bod will eventually grow up, and like all grown-ups, he will want to see the world beyond his home or in Bod’s case, the cemetery gate. However, the man who killed Bod’s family knows he’s alive and must complete the job he was sent to do.

Pick up The Graveyard Book. It is unlike anything you have ever read before and well-worth the journey.

Photo of Neil Gaiman byBill Wadmanon, 2008, On Taking Pictures.
Posted by Mur at 1:00 AM

You're right about those British accents making an audiobook so much more appealing! The last three that I listened to all were read by Brits. Great for the car!

I'll have to pick that one up @ the library . . . the book, that is. Still not real strong on audio books.

although, I do like a sexy British accent. So, maybe I will get the audio version.

Neil Gaiman is one of my favorites. Try some of his adult stuff, too. He's written some great short stories.