Women of Wednesday - Jackie Mitchell: The Girl Who Struck Out Babe Ruth

That’s right. Babe Ruth. And once she finished with him, she struck out Lou Gehrig-two of the best hitters in baseball at that time, and some might say in all of baseball’s history. She took the Babe out in four pitches, and Lou Gehrig in the next three. Lou, it appears, took it all in stride. Not the Babe. The Babe had a bit of a hissy fit.

Yep. The big Babe whined and pouted. He threw down his bat and yelled at the umpire, and was later quoted in the Chattanooga Times as saying, "I don't know what's going to happen if they begin to let women in baseball. Of course, they will never make good. Why? Because they are too delicate. It would kill them to play ball every day."

Women were in baseball at that time (1931). At least, there were no rules saying they couldn’t play. Jackie, whose real name was Virne Beatrice Mitchell, had spent a lot of time with her dad at the local ball parks. Her next door neighbor was Dazzy Vance, a Major League pitcher who would later be inducted into the baseball Hall of Fame. He was teaching her a few pitching tricks when she was just five and six years old. 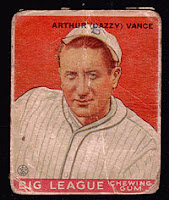 Jackie also attended baseball school in Atlanta, Ga, and played on a women’s team in Chattanooga, TN. She worked for what she wanted. She paid her dues. When the owner of the Chattanooga Lookouts saw her play, he offered her a contract to play on his Class AA Minor League team. He didn’t have a problem with her being female.

And then came the exhibition game against the New York Yankees. Seventeen year old Jackie Mitchell stepped out on the mound to pitch against the great Babe Ruth. She struck him out in four pitches. And that’s what really upset the Babe. He had been beaten by a girl. A seventeen year old girl. His ego had been crushed like a junk car in a metal grinder. 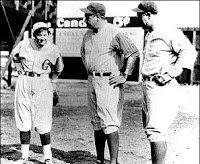 If Babe Ruth hadn’t been such a babe-y, who knows what might have happened to Jackie Mitchell. Who knows where Major League Baseball might have gone. But the Babe was a baby, and a few days later, Kennisaw Mountain Landis, the Commissioner of baseball, announced that baseball was ‘too strenuous’ for women. He voided Jackie’s contract, and that was the end of women in the Major Leagues until 1992.

And what happened to Jackie? Well, she played professionally on non-Major League men’s teams for the next few years, but ‘barnstorming’ as it was called, was more of a sideshow than a game. She was once asked to play an inning while riding a donkey.

She gave it up at age 23 and worked in her father’s optometry office. In the 1940’s, she refused to come out of retirement to play with the All-American Girls Professional Baseball League. (She would have been about thirty then.) And when she was almost seventy, the Chattanooga Lookouts invited her back to throw out an opening pitch.

But in between all those years? Your guess is as good as mine. I do know one thing, though. She wasn’t playing Major League Baseball.

Thanks to Andy Broome, Chattanooga Lookouts fan,
sketch artist, Senior Vintage Card Grader with
Beckett Grading Services, and author of the Jackie
Mitchell novella, Her Curves Were Too Much For Them.
WHOSE SHOE IS WHOSE?
So, whose shoe was whose? Janet wore the boots, and Andy wore the sandals. 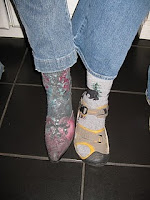 Since no one guessed correctly, all entries were placed in a bag and a winner was drawn. Congratulations to Charlie Volnek, who wins her choice of any book in the Notable Women Series.
Thanks to everyone who played, and keep an eye out for future contests!
Posted by Barbara at 1:39 AM

Men and their hissy fits.

Thanks for introducing us to this talented pitcher!

Oooohh! A notable woman for a future book!

How many other notable women have slipped through the cracks? You've got a lot of publishing to do, Mur!