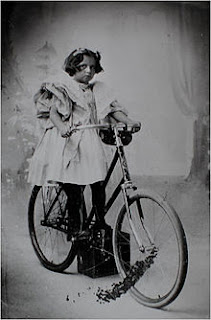 The story of Virginia O’Hanlon, I think, is the closest thing we have in America to an original fairy tale, and yet, the story is true. If you think her name sounds familiar but can’t place her, it may be because you always knew her as a child. Virginia O’Hanlon was the little girl who wrote to the New York Sun in 1897, asking if there was a Santa Claus.

Virginia was born at the end of the 19th century on July 20, 1889. She lived in Manhattan, on the Upper West Side. When she was eight years old, she encountered a problem most American kids still face today. She was told there was no Santa Claus.

Virginia was shocked. No Santa Claus? How could that be? Didn’t Santa bring her presents every Christmas? She rushed home to ask her father. Mr. O’Hanlon, being a doctor and a very practical man, told her to write to the New York Sun and ask them. The Sun was one of New York’s most conservative newspapers, and if it was in the Sun, he said, then it had to be so.

So Virginia wrote her letter, but the Sun did not reply. Not right away. Virginia’s question was not the kind they liked to answer. They preferred questions that could be looked up in books or answered with a bit of wit. Virginia’s question was a question of the heart, a question of faith. It was passed along to the Editorial Department, to Francis Pharcellus Church, the underachieving brother of the overachieving William Conant Church, publisher of the Sun, as well as a founding member of the NRA and the Metropolitan Museum of Art, to mention just a few of his achievements. 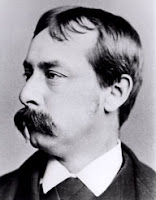 Now, it wasn’t really that Francis was an underachiever. He was a war correspondent and had helped his brother in two other publishing ventures before the New York Sun. But in this world there are doers and there are thinkers, and Francis was a thinker (a much nicer label than underachiever) and since we cannot see or measure thoughts and ideas, it appeared he wasn't doing a heck of a lot. It was left to him to deal with Virginia’s unorthodox question.

Francis took Virginia’s letter seriously and gave it a lot of thought, as thinkers are known to do, and he replied to her letter in a thoughtful and philosophical way, in a way that made Santa Claus real for Virginia and millions of other kids, in a way that touched millions of people for over a hundred years. He gave Virginia an answer she could carry around with her forever. “Yes, Virginia. There is a Santa Claus.”

But Virginia already knew that. Deep down inside, she already believed. Her faith had simply wavered a bit so she sought out confirmation. If she hadn’t believed, she never would have asked. We don’t look for things that we believe don’t exist. So when Francis confirmed what she already knew in her heart, she was overjoyed.

Virginia eventually grew up and married a man named Edward Douglas. He abandoned her just before their daughter was born. Virginia raised her daughter by herself at a time when there were few opportunities for women. She may also have had to face the stigma and shame of being ‘that woman whose husband abandoned her.’

Despite that, Virginia thrived. She was a believer, after all, and if you believe in fairies and the unseen and unknown, it’s really easy to believe everything will turn out all right. And the fact that she acquired a BA, a Master’s in Education, and a Doctorate didn’t hurt her prospects either. She became a New York City school teacher and retired in 1959 after forty-seven years of service, twenty-five of them as a junior principal. Church’s editorial, she said, shaped the direction of her life in a positive way, and the older she got, the more it meant to her. She died in 1971.

Now, you may be asking why this makes Virginia notable. It wasn’t her question that intrigued people. It was Church’s reply.

True. But there would have been no answer if the question had never been asked, if an eight year-old girl had not had the courage to ask. Think about it. The answer could have gone the other way and everything Virginia believed in could have been crushed easily. Imagine if practical, overachieving William had responded to her letter. What might that have done to Virginia’s psyche?


But William didn’t reply. Francis did. And that made all the difference.

And because Virginia asked, an underachieving man garnered more fame than his overachieving brother. Because Virginia asked, millions of people from all over the world are filled with hope and joy and love every year when that article is reprinted in newspapers everywhere. Their beliefs and faith, in whatever it is that they have faith in, are affirmed, allowing them to go on in spite of the things life throws at them. And most importantly, Virginia’s question brought about the proof that there really is a Santa Claus because, after all, it said so in the Sun, and if it’s in the Sun, it must be so.

A 1963 Christmas Eve interview with Virginia
Be sure your volume is turned up.
Click newspaper clipping to read.
Posted by Barbara at 2:06 AM

I never knew--as Paul Harvey used to say--"the rest of the story." Really neat, and a very notable woman!

Thanks, too, for the link to the interview. Wow, is all I can say.