You Gotta Have Friends: Why They're Important to a Story 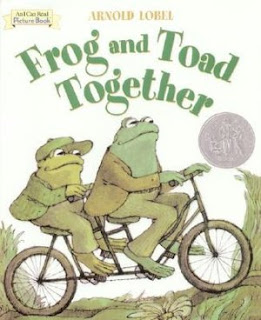 Everyone needs a friend, and fictional heroes are no different. Whether you’re writing high fantasy, a rip-roaring adventure, or a quiet contemporary story, your MC and story will be better off for having one.

Because it’s hard to be a hero.

If Harry Potter hadn’t had Ron and Hermione, who would have stopped him from belting Malfoy? And if he had hit Malfoy all those times Malfoy was calling him names, what kind of hero would he have been? In the Hunger Games, the whole premise is to kill or be killed, yet Katniss only kills her competition when her own life is in danger, or to save someone else. She never picks off anyone in their sleep just to cut the competition, because readers don’t want to root for a cold-blooded killer. Even on a YA level, in a story about killing, Katniss’ competition will die at the hands of others or through accidents. Or Peta will do it. That’s what fictional friends are for.

Their job is to make the MC look better, to make sure he stays clean and unsullied, to keep him heroic. They will commiserate with him when he’s upset, cheer him up when he’s feeling down, and inspire him when he’s ready to give up. They will stop him from doing things that go against his better nature, and they will tell the lies, do the killing, or steal the math tests if it needs to be done. Frodo may have been the bearer of the one ring, but he only got to Mordor and destroyed it because of his friend, Samwise Gamgee, who fought the orcs and drove back the spider, who found them food and shelter, and who nursed Frodo back to health when he needed it.

Fictional friends also help your story on a technical level. A hero alone is forced to do a lot of thinking and talking to himself in order to impart information to the reader and advance the plot. That means a lot of introspection, and introspection slows the pacing. A friend also gives your main character someone to interact with, which allows you to show characterization and growth that will make both characters more genuine. You can use the friend to inject humor into a desperate situation, to be a sounding board for a venting hero, or lift the hero’s spirits and inspire him to courageous deeds. And because it’s much easier for two people to get in trouble than it is for one, you can also use the friend to create conflict, tension, and suspense. Without a friend, your hero has to make the story work all on his own which, again, means more introspection and plot stalling.

For instance, consider this opening.

John sat in the waiting room, staring at a magazine, hoping the x-ray didn’t show anything bad. A broken ankle would mean he’d miss the entire track season, and that would mean no chance to show off for the scouts, no chance at a scholarship, and no chance at college or the Olympics. Everything he had worked toward for the last ten years would all go up in smoke. Why did that dumb rock have to be in the road? He sighed. Without college, without track, he’d end up just like Dad, scrounging all his life to just get by.

There really isn’t anything wrong with that, but all it does is impart information. The reader now knows the situation, but nothing else. Now let’s add a friend.

"Do you think you broke it?" Pete asked. He peered at John through a rolled up magazine.

John looked up from his own magazine and grinned. "Playing pirate, are we?"

"No. Just wondering how your entire body fits into this tiny circle. Perspective is weird, isn’t it?"

"So did you break it, or what" Pete asked again, rolling the magazine even smaller.

"I don’t know," John said. "I hope not. That would ruin my whole life. If I miss the track season, I miss the scouts and that means no scholarships, no college and no Olympics. It means ten years of my life have gone up in smoke." He tossed his magazine onto a low table. "Dumb rock."

"Yeah, well the rock’s not sitting in a hospital, waiting to see if it’s life is over or not," Pete said.

He was grinning, making joke, but John didn’t find it funny. His life wasn’t like Pete’s. He had to worry about more than perspective. Without college, without track, he’d end up just like Dad, scrounging all his life to just get by.

Both bits impart the same information, but the second example moves quicker (even though it’s longer) and is more interesting to read. It even looks better on the page. All because John has a friend. Now he can talk to someone else instead of himself, and they can react to each other. The dialogue also gives us a bit of insight into each character. John isn’t so upset about the situation that he can’t laugh at his friend’s magazine telescope, and we get to know a bit about Pete - that he’s into art and he’s better off financially than John. I was also able to add a touch of humor and throw in the bit about perspective, which helps create a theme to build the story around. All because I added a friend.

Friends are important. They matter, even in fictional worlds. So if your MC doesn’t have a friend in his life, consider giving him one. And if he does have friends, makes sure they are doing more than existing on the page. Put them to work and make them pull their weight - for your hero and your story.
Posted by Barbara at 10:30 AM

Ringo was right. We all "Get by with a little help from [our] friends..." even Main Characters. Great post, Barb.

Brilliant, as usual, Barb. I love having such a smartie-pants friend. (Because you're fun, too, we can still be friends even if you lose your smahts.)