Using the Suggestions of Award-Winning Novelists When Writing Non-fiction

Non-fiction writers should follow the same rules as novelists and picture book writers. I’d like to suggest that if you enjoy writing that genre too, that you pick a non-fiction title and see how it measures up to some of the skills that award-winning writers use.

For this exercise, let’s see how Donna Jackson’s, The Bone Detectives: How Forensic Anthropologists Solve Crimes and Uncover Mysteries of the Dead succeeds in following Zinsser’s hints and several of his featured author’s suggestions.

William Zinsser says in his introduction "No kind of writing lodges itself so deeply in our memory, echoing there for the rest of our lives, as the books we met in our childhood. . ." ( p. 3)

"Born writers for children were given a voice that their readers would listen to and trust. 'First do no harm,' says the Hippocratic oath for physicians. If writers of children's books had to take an oath it might begin, 'First tell the truth.'" (p.7)

Donna Jackson scores well on these first two rules. She presents middle graders with a deliciously frightening topic: forensic anthropology and its use in science and criminal law. Jackson always tells the truth. Her sentences are generally short, specific, and impartial:

"They found a skull, lower jaw, three- and four-inch strands of hair, tattered blue jeans, . . .a metal butto with Texwood written across it, and about forty assorted bones... That was all. No names. No numbers. No recognizable body.

What middle-grader wouldn't want to read on after that last sentence? Jackson grabs her audience in the beginning. She has also followed the suggestions of biographer Jean Fritz:

". . .I write as if I'm talking to children, naturally. I limit my vocabulary, but not any more consciously than I do when I'm talking to my grandchildren. If you're intent on communicating, the vocabulary takes care of itself." (Zinsser, p. 27)

One friend who writes for younger children, but does not illustrate, says she always "sees" the page turns in her mind's eye. It was fascinating, therefore, to learn that illustrator Maurice Sendak did not work this way:

"With me, everything begins with writing. No pictures at all-- you just shut the Polaroid off; you don't want to be seduced by pictures because then you begin to write for pictures. Images come in language, language, language: in phrases, in verbalized constructs, in poetry, whatever." Maurice Sendak p. 60

The Bone Detectives. . . was certainly written with "the Polaroid off." . Charlie Fellenbaum's impressive photo-illustrations were done after the fact. While Fellenbaum's pictures add a great deal to the text, Jackson misses a chance to "set the stage." Much of her description is sparse and leaves the reader asking for more:

"The supervisor searches the 5,400-acre Boy Scout ranch for the skull but fails to find it hidden among the hundreds of trees and fallen leaves." (Jackson, p.9)

Five thousand acres but only hundreds of trees? What time of year? Are the leaves newly fallen or the decomposing residue of the previous year? Did she search the whole ranch or a particular area? The scene is glossed over so the reader misses the chance to share in the frustration, fear and determination the supervisor must have felt as she looked for the skull. Jackson misses the opportunity to add tension to her factual text. This could have been accomplished by ending chapters as she did in the beginning--with some mystery. Jackson would not have sacrificed accuracy but would have allowed her child readers to feel as if they were working alongside the forensic anthropologist on the case. Here's where poet Jack Prelutzky's advice would have helped:

"When I write my poetry for children I have the words in mind, but I also have the child in mind, including the child within myself." (Zinsser p. 101)

Jackson's book is well-written, but I'm willing to bet that paragraphs and paragraphs of text were skipped by young readers. There's a lot of "telling" here--as there must be in non-fiction--but it might have been possible to "show" the facts just as successfully if, as Prelutzky suggests, the child had always been kept in mind.

There is one other weakness in Jackson's book and that is its organization. The story of the primary case is interrupted at odd times while discussions of related forensic topics are presented. I'm not sure if this was a decision made by the book's author, editor or art director. All of the information is important, but the distinctions between pages devoted to the primary case and pages devoted to extra information is not clear. The reader is often jolted out of the story.

". . .Children's picture books are a short literary form like the sonnet. The soundness of their structure is therefore crucial--more important than in longer and more leisurely forms of writing." (Zinsser, p. 123) 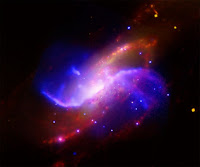 Katherine Patterson tells us the physicist looks for beauty in the theories of the universe. His "beauty" must meet three criteria: simplicity, harmony and brilliance. Writers, she says, should try to accomplish the same in a book. She also says:

"Every book has its unique trajectory, although the genre will lead you to expect a certain kind." (Zinsser, p. 167)


Here's where Jackson's book falters. The trajectory, the main case being described, is constantly being interrupted. The structure (as Wells uses the word in her description of a picture book) feels chaotic. The book has simplicity: the words are clear and descriptions are easy to understand, but the loss of the harmony (trajectory + structure) then leads to a loss of its possible brilliance.

Fortunately, Jackson's book is one that can be read a number of ways. Once the reader figures out when the actual forensic case is being described, he could return and re-read just those sections. The other sections on DNA, fingerprinting, early humanoid species, etc. which are not directly related to primary story can be read separately, but the price is that the child reader is taken out of the story.

Jackson's book is a good, basic introduction to the fascinating world of the forensic anthropologist. Children who have learned just how much the fossil of an ancient dinosaur can reveal about it's life will be enthralled to learn what scientists can tell about a person from the story in his bones. Jackson has met some of her responsibilities to her child-readers. With a bit of reorganization of the text, more of them could have been met.

Excellent analysis, Muriel. Hard to know how much of that book was author intent or the editor's doing.