Endless Ideas, Brought To You By The Internet 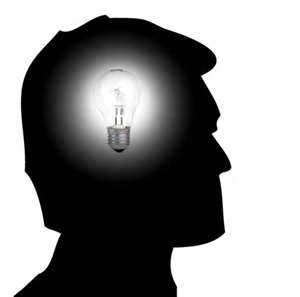 For more than a year now, people have been predicting the world will end this Friday.  I was curious as to why, so I googled ‘end of the world.’  What I learned was that the Mayan calendar ends on December 21, 2012, which some people assume, means the world will end.  I’m betting the calendar ends on this date because a bored cleric gave up all that tedious calculating for something more interesting to do.
Another reason for the end is that the planet Nibiru is making its several thousand-year orbit past the Earth and will collide with us on that date.  Although, if it orbits the Earth every few thousand years, wouldn’t it have collided with us already?  And then there are the Annunaki, the aliens who created us, who will be returning to take us all away.  If the end comes, my money’s on them.
But what does any of this have to do with writing?


The internet has ensured that you will never be without an idea again.  If you are the least bit curious, you can come up with dozens of ideas a day.  Do you write Historical Fiction?  Did you know we almost went to war with Canada because of a pig?  That other countries have gone to war over what was portrayed on a postage stamp?  That the Boston Massacre occurred because some people hanging out on the corner made comments about a passerby’s wig?
How did I learn about these things?  I googled pig war, stamp war, wig war, and several other wars.  In fact, if you google any noun followed by the word war, you’ll probably get several hits that will generate ideas, and with a little imagination (you are a writer, after all) you can turn many of them into story plots.


Interested in more contemporary stuff?  You have access to thousands of newspapers worldwide.  Surely, something going on in the world will be fodder for a story idea.  Adventure - a child surviving a tropical storm, an earthquake, or tsunami.  Sports - a teen in a foreign country competing in the Olympics.  Romance – make your characters age appropriate and stick them in any scenario – living in a foreign country while competing in the Olympics, just as an earthquake hits.


Maybe the paranormal is your cup of tea.  Google ghosts, haunted houses, ghost ships, voodoo dolls, ESP, telekinesis.  The generalized articles will lead to others that are more specific.  Read those that most appeal to you.  At least one is bound to generate some ideas.


All these things will work for you no matter what genre you write.  You can also read random Wikipedia articles, watch You Tube videos, read online magazines, seek out the weird and obscure.  There are billions of idea starters out there.  Grab a few, add your own unique twist to them, and start writing.

Email ThisBlogThis!Share to TwitterShare to FacebookShare to Pinterest
Labels: ideas

Don't forget to close down the internet at some point so you can actually develop one of those ideas. Great stuff as usual, Barb.

my thought too, Andy: endless opportunities to procrastinate, brought to you by the Internet. . . .