Following up on Muriel’s wonderful look at creative nonfiction last week, I want to highlight an ongoing discussion over on the Nonfiction for Kids email list and on Donna Bowman Bratton’s blog.

Donna's observation is that there are lots and lots of first–person POV books of historical figures that are categorized as biography by the Library of Congress and so generally shelved as biography in school and children’s libraries. This goes directly to that argument about invented dialogue, so common in the biographies of our childhoods but taboo today. It also harkens back to the controversy over the Dear America series and other books of historical fiction that were packaged and presented so effectively that many elementary school teachers believed they were primary source material. This 1999 article from the San Francisco Chronicle notes both the books’ success and the controversy.

(Note that in the 2010 relaunch of the Dear America series Scholastic has put the author’s names on the front covers of the books, addressing one of the features of the original series that contributed to the confusion over the nature of the books.)

In the course of the discussion (thus far) on the listserv, one person has stated that as part of the Common Core Curriculum standards, students are being taught to identify both factual information in a fictional work and fictionalized material within nonfiction. This may be true but so far I have not found it explicitly called out in the standards as a skill to be mastered. (The Common Core standards are available here.)

The outstanding nonfiction writers over at I.N.K.  have discussed this question more than once: scroll down the subject list or use the search feature to follow some of their passionate conversations.

It seems this is becoming a perennial topic, one not likely to be resolved to everyone’s satisfaction any time soon. Teacher and parents are hunting for books kids will find interesting as well as educational. Writers and publishers are trying to find ways to present important and fascinating information in packages people will buy. Librarians are often stuck trying to figure out how books should be categorized. 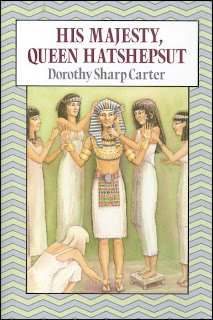 As writers we may find ourselves of multiple minds about this issue. Some are passionate defenders of the “never, ever make anything up” position. Others fear that important topics and people may never be brought into children’s educations if the “never, ever” standard is applied, and that the need for written language from the subject is unintentionally discriminatory against people who for reasons of culture or standing were non-literate, perpetuating the white/western/male imbalance that we have worked so hard to overcome. Historical fiction is an option for the writer, but does it serve to reset the balance?

Writers must of course be aware of and conform to the standards and guidelines of individual publishers, as well: even a writer who thinks invented dialogue ought to be acceptable will eliminate it from her work if the publisher disagrees, if she wants to be published. And publishers must be attuned to the changing winds of the marketplace as well as true to their own standards. The editorial decisions of a behemoth like Scholastic can shape the market for years to come. So can those of political- appointees to state boards of education. Adult publishing often operates according to different standards, further muddying the waters. What lies ahead in the fog? Only time will tell.
Posted by Sally at 11:26 AM