If you’ve ever read a Nancy Drew novel, then you probably know who Carolyn Keene was.
But then again, you may not. (Those who upset easily should read no further.) Because Carolyn Keene was not real. In fact, Carolyn was many people. Or, they were her. And two of them were men. It’s a fascinating story told by Melanie Rehak in her book, Girl Sleuth: Nancy Drew and the Women Who Created Her. 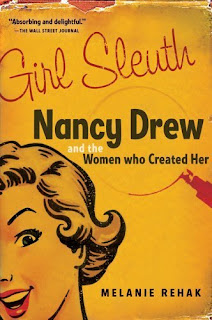 Now, this may be Women of Wednesday, but we have to give credit where credit is due, and it was a man who came up with Nancy Drew.  His name was Edward Stratemeyer. 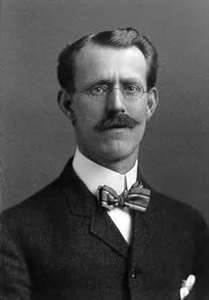 Stratemeyer was born in 1862, the son of German immigrants.  He began writing as a child and, by the time he was 15, he was printing his stories on a toy printing press and selling them for a penny.  It was the start of a long and prolific career.  He wrote continuously and under many names.  By the time he was in his 30’s, he not only fell into children’s series fiction, he became the king of it.  He created one series after another - the Rover Boys, the Hardy Boys, the Bobbsey Twins, and a whole lot more you probably never heard of - and wrote all of them himself until, finally, it became too much.  He needed help.


Genius that he was, he didn’t sell away his rights to Grosset and Dunlap, the publisher of many of his series.  Instead of allowing them to hire other writers to help write all those series, Stratemeyer hired them himself.  He plotted all his stories and passed them on to his writers, who then wrote a story based on his outline, which he would edit afterwards.  In 1925, he had 24 series running at the same time and sold over 5 million books.  By the time he was 40, he was a millionaire heading his own publishing company, the Stratemeyer Syndicate.


In 1929, he created Nancy Drew.  He had several other girls’ series running, but they were more reflective of girls of that time.  Nancy would be different.  She would be smart, adventurous, daring and fun, and would be called Stella Strong.  He sold the idea to Grosset and Dunlap, who preferred one of his other suggested names - Nan Drew - and they stretched it to Nancy.  Stratemeyer gave his newest creation to a writer he had hired three years earlier to write another series.  Her name was Mildred Augustine. 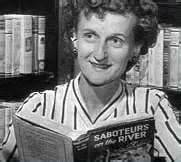 Mildred Augustine was born in rural Iowa in 1905.  She played baseball, ice skated, and became a champion diver at the University of Iowa.  She loved books, but there were none at home, so she often borrowed them from her male friends.  Many of the books she read were the series books created by Edward Stratemeyer.


As she grew, she began writing and submitting her own stories to children’s magazines which were just finding their place on the American landscape.  She published her first story just before her 14th birthday and made her first sale at 16, with a story about a girl named Midget, for which she earned $3.50.


After high school, she went to the University of Iowa, where she studied Journalism and excelled at sports, particularly swimming and diving, and while she didn’t fall into the role of a typical woman of her times, she was not caught up in the suffrage movement either.  “I was just born wanting to be myself,” she said.  She graduated in only three years, in 1925, and went to work at the Clinton Herald in Iowa.


Mildred had continued writing and publishing all through college, and the year after she graduated, she replied to an ad in the newspaper placed by Edward Stratemeyer.  She was hired to write for his Ruth Fielding series.  When he came up with Nancy Drew in 1929, he knew he wanted her to write it.  Mildred became the first Carolyn Keene.


Strayemeyer gave her the outlines for the first three books in October, and she had four weeks to write each one.  She would receive $125 per book and sign away all her rights.  And there was one other stipulation—she could mention she worked for the Stratemeyer Syndicate, but she could never tell anyone what series she was writing for, or that she was Carolyn Keene.


Mildred got to work.  It was she who gave Nancy her titian hair and all those qualities so many girls loved.  Mildred modeled Nancy after other girls she had known, giving her qualities she admired in herself and others.  She made Nancy bright and adventurous, kind and curious, strong and resourceful.  She churned out the books, and in the spring of 1930, the first three were presented to America.

From the start, they sold like hotcakes.  Girls fell in love with Nancy Drew, and not even the Depression dampened sales.  Both Mildred and Nancy were a success, and Grossett and Dunlap knew they had a winner in Nancy.  Then twelve days after the launch, Edward Stratemeyer died.


Everyone panicked.  Grosset and Dunlap just knew it would be the end of Nancy Drew and all those other moneymaking series of Stratemeyer’s, and the writers knew they would all lose their jobs.  After all, Stratemeyer had run the Syndicate by himself and had no sons to carry on.  There were just those two daughters, Harriet—wife of a stockbroker and mother of four small children—and Edna—a sickly spinster.  The Stratemeyer Syndicate, and everyone attached to it, were doomed.


And this is where I will leave you, because the story is much too big for a blog, and all I would be doing is repeating what you could read in Melanie Rehak’s book.  If you’re a Nancy Drew fan, you’ll love Girl Sleuth, and even if you’re not, it’s well worth the read.  The book has it all – romance, jealousy, paranoia, two court cases, duplicity, a corporate buyout, deals gone bad, several strong and amazing women and, of course, Nancy Drew, who manages to outlast everyone. 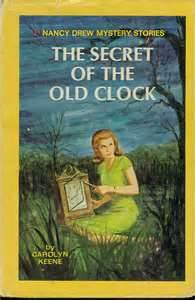