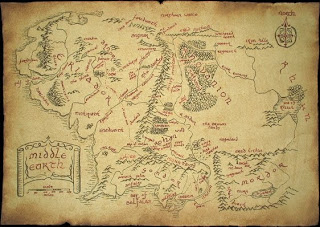 We all know that without plot, there is no story. Plot is the map that takes you from beginning to end and everywhere in between. It’s what drives the story forward. It’s what took Bilbo Baggins there and back again, and what drove the Starship Enterprise to boldly go where no man had gone before. And if all you’re looking for is a fun adventure, then external plot is enough. But, if you want your story to have any depth, if you want to give meaning to your little adventure, you also need an internal plot.

An external plot is tangible and straightforward. Jack plays guitar in the school band. He wants to buy a guitar of his own. He finds a job, saves his money, has a few setbacks here and there, and finally buys his guitar. You can see and touch the guitar. You can see every 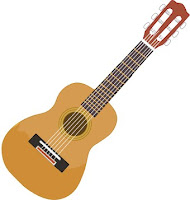 success and failure Jack has along the way, and you can see him getting closer and closer to reaching his goal. And with each step he takes, the plot moves forward a bit.

An internal plot is not tangible and is generally complicated. It’s all about feelings and emotions, ethics and morals. It’s about Jack figuring out who he is, and what his place is in the world. Jack wants to win his father’s love. But what is love? If I show you a guitar, we can both agree it’s a guitar. But love? We all have our own definitions and our own ways of showing it.

So Jack brings Dad breakfast in bed. Dad grumbles about crumbs on the sheets. Jack sits down and talks to Dad about the baseball game on tv. Dad tell him to be quiet so he can hear. This could go on and on forever because Dad already loves Jack, he just doesn't know how to show it. Since Jack doesn't know this, and Dad doesn't know how to change, there is no movement in the plot. The situation will remain the same until Jack has his light bulb moment and realizes Dad always loved him but just didn’t know how to show it, and that will happen at the end of the story, so there's no progression toward the ultimate goal. It just suddenly happens because that’s how realizations come to us. Suddenly and unexpectedly.

Can a story work with one kind of plot without the other?

You can create a decent story with just an external plot, although it will have little depth. But it’s harder to make a story work if all you have is an internal plot. As we’ve seen in the example above, there is little or no plot movement with an internal plot, which means boredom sets in quickly. Your story goes nowhere fast, because all you have to talk about is how do I win Dad’s love.

It’s like swimming in a pool, back and forth, round and round, until you either get out or drown. Not very exciting. With an external plot, you’re swimming in the ocean. You can swim to another beach. You can explore beneath the waves. You can get on a passing boat or catch a fish. And each advancement creates a new situation.

Of course, the ideal situation is to use them both together. Jack’s homelife sucks because he believes his dad doesn’t love him. When he plays guitar in the school band, it fills the emptiness inside him. He figures if he can get his own guitar, he can play at home and take that good feeling with him, rather than stare at the walls because Dad never talks to him. So he gets a job, but Dad loses his. In an effort to win Dad’s love, Jack sacrifices his guitar and gives Dad the money he’s made to help out. Dad sees it as an insult and flings the money out the window. Now Jack has a dilemma. Does he continue working and keep the money and get his guitar? Or does he quit so Dad won’t feel like less of a man? Or does he continue to work and put the money toward food and rent even though it makes Dad angry?

Regardless of what he decides, the plot moves forward because Jack was forced to make a moral, ethical or emotional decision, and that makes him a more rounded character. He becomes more human. The story also becomes more interesting because the internal and external plots are working against each other, which causes conflict and tension. As the story progresses, these two plots will continuously intertwine and, instead of having a story that’s all action or all emotion, you have a story that contains both. You have a story with depth. You have a story kids will want to read.
Posted by Barbara at 12:29 AM

Barb - this is a great analysis/explanation of one of those things that is often key to a story but not something the reader is necessarily conscious of. My question - and I know I sound like a third grader, but it's genuine - is are you conscious of this and deliberately building the internal plot just as (and while) you build the external plot, or does it develop intrinsically as you work with your characters, or is it something you work on in the rewrite process?

Excellent post. Jack's father is an ass, by the way. (Emotions have been stirred by a synopsis. You're good, Barb.)

Excellent question, Diane, and an really cool post, Barb. I hadn't thought of it in those terms before.

I take a piece of paper, draw a line down the middle, and on one side I write down the major external plot points, and then on the other, I work out where the internal plot needs to be at those points, making sure that both plots are opposing each other.
Then when I write, I'm working the story to those major plot points, both internal and external.

It's nothing elaborate, just maybe 6-7 lines per side. Most of it I keep in my head (and I don't forget it, yet I can't remember where I put my keys.)

It doesn't always work out as planned, but it does gives me a direction to head for, and it helps me keep the emotion, tension and conflict there.

And some of it does develop intrinsically because your characters are reacting to what's going on around them, but for me, it's mostly planned.

Wait a minute, Janet--I haven't asked a question--are you psychic? Oooo, there's my question--I'm so confused.

By the way--awesome post, Barb. And I agree with Andy on both of her points.

I like the technique you mentioned here in the comments. Hmm.... simple, but enough.

*Kate toddles off to do just that with Levi's War*

Looking forward to seeing how it turns out, Kate!