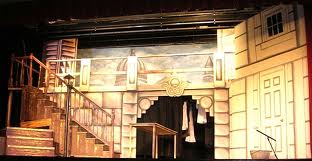 How important is a story’s setting?  Let’s try an experiment and see.  Here’s some dialogue from a well-known novel:

“Jess?” her voice flowed through the receiver.  “Miserable weather, isn’t it?”

“Yes’m.”  He was scared to say more for fear she’d hear the shake.

“I was thinking of driving down to Washington—maybe go to the Smithsonian or the National Gallery.  How would you like to keep me company?”

He broke out in a cold sweat.

He licked his lips and shoved his hair off his face.

“You still there, Jess?”

“Yes’m.” He tried to get a deep breath so he could keep talking.

We have one male and one female in this conversation.  We know the weather is “miserable” but not bad enough to prevent travel.  The male is obviously nervous.  The female is in charge.  The story could change based on where this conversation took place. Read the conversation again. Imagine the story takes place today. The male character is a 20-something office worker.  The female character is his boss. He is out with a girlfriend with the phone rings. He sees the caller ID.  It’s his boss. She’s a beautiful, aggressive 40-something. He needs this job. He can’t NOT take the call. 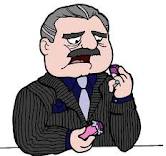 Read the conversation again. Change the setting. 1960s, New Jersey. He’s a young, undercover cop.  He’s spent months working his way into a mafia-like gang. She’s the head man’s daughter and she’s taken a shine to him. He doesn’t know how to handle her request. Will he get in trouble with his bosses if he goes with her? Will he get in trouble if he doesn’t?

The conversation is actually from Bridge to Terabithia by Katherine Paterson.  The book was published in 1977—before cell phones and home computers. Jess is a fifth grader. He comes from a poor family and he loves to draw. The woman is his teacher, Miss Edmunds. She is offering to bring Jess to Washington to visit his first art gallery. Her goal is simply to inspire him.

The dialogue seems to change as we 1) change the characters’ ages but also as we 2) place them in different settings. Doing so makes the same words read differently in our minds. The setting makes a huge difference. It changes our feelings about both the characters and how the story will play out.

Nineteenth century novelists devoted pages and pages to describing setting. Modern readers don’t have the patience to comb through this much detail but an author must still provide the reader with a sense of place. We do so with well-placed and well-paced actions.  In Bridge to Terabithia, for example, Paterson never says that Jess’s family lives in the country.  She shows us:

“Where are you going, Jess?” May Belle lifted herself up…
“Sh.”…The walls were thin…
“Just over the cow field,” he whispered…

On the very first page we have a sense of place. A house that has thin walls is not worth much. If it’s near a cow field it’s not in the city or even the suburbs. Our minds assign a different set of issues to people who live in this kind of place.

How important is a story’s setting?  Ask yourself: could my story have occurred anywhere else?
Posted by Mur at 5:12 PM