Most of the time we think of setting as just a place to put a story. We say stories are “character-driven” while others are “plot driven.”  Can they be “setting driven?”  Maybe, if the setting is considered a character. 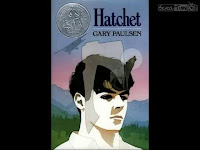 Stories need a protagonist and an antagonist. In Hatchet, Gary Paulsen’s first book in the Bryan Robeson series, the setting is the antagonist. Bryan and the wilderness are the main characters in the story. The plot is basic: 14-year-old stranded Bryan tries to survive. The wilderness tries to kill him.

Some time ago, we also discussed some of the basic plots in literature and how they can be divided into seven concepts:

Man vs. nature
Man vs. man
Man vs. the environment
Man vs. machines/technology
Man vs. the supernatural
Man vs. self
Man vs. god/religion 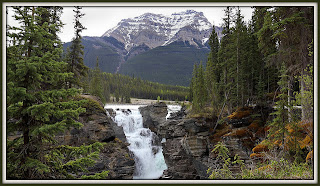 Setting helps writers turn these 7 concepts into innumerable stories. Hatchet, for example, is a man vs. nature tale. It is a contemporary story of a boy who is lost in the wilderness when the pilot of a small bush plane, in which Bryan is a passenger, has a heart attack mid-flight. The plane crashes and Bryan survives to face the harsh Canadian forest.

Take another 14-year-old boy and put him in a forest in the early 1300s. He is left alone for a month or more. If he survives, he becomes a man in the eyes of his clan.

Take a third teen and put him in post-apocalyptic Europe in the year 2499. He awakens to find that he is alone in the destroyed ruins of a once-thriving city.

All of these situations mimic the Hatchet story but the setting changes the type of character that will be developed in each man vs. nature scenario. The threats and the survival possibilities will be different. The protagonists’ inner knowledge will be different. Bryan Robeson has his hatchet. Such a weapon might not exist for the 14th century boy. The 25th century boy might find weapons that have not yet been invented in our time.

Your unique setting also will impact your plot and the outcome of your story. In each of the scenarios above, the author’s background knowledge will be different, too. Gary Paulsen’s character, Bryan, needed to survive using real, modern-day and believable skills.

The 14th century native teen, left alone to prove he is a man, would have some similar threats that Bryan faced (such as wild beasts, cold, etc.) but with different limitations. While he might be better at creating shelter for himself than a 20th century teen, he might have weapons that are less dependable such as an ax he made himself that wouldn’t cut as well as the machine-made model available to Bryan. The author would have to do a different kind of research than that done by Gary Paulsen: what kind of wood and stone would be available to his character in that particular part of the world at that particular time in history?

The protagonist teen in the post-apocalyptic novel would be limited only by the author’s imagination.  “Nature” might have an entirely different definition in this particular world. In these stories, set in a future time, the author makes the rules.

Continue to read great authors for children and pay attention to the setting of their stories. Notice the authors’ methods of description and how the sense of place impacts each work you read. Not all settings will be used as an antagonist but can the setting be considered even a minor character?  We’ll talk about that in a future post.
Posted by Mur at 1:00 AM

Well done and informative. You girls should write a book or something.