A lot of people think of figurative language – metaphor, simile, analogy, hyperbole, allusion, personification – as literary, something for the hoity-toity reader and writer. But if you think about it, figurative language is the language most people use, regardless of their educational background. How many times, when describing something to a friend, have you said, “It was like . . . ." And what about those clichés we all use?

Mary flew off the handle.
The rules were set in stone.
Sue spoke in a drawl as slow as molasses.
John ran to the store as quick as lightning.

The list could go on and on, there are so many. What they have in common is they all use figurative language. At one time, they were fresh and original. They became clichés because they work so well. Originally, they made a statement by bringing an image to mind rather than burdening the listener, or reader, with a bunch of literal explanation.

If you’ve seen a flash of lightning, you know how quick it comes and goes, so you can understand instantly just how fast John ran. It’s the image of the lightning flash that brings that understanding. When someone says Tom was as cold as ice, we understand immediately what the person is saying about Tom. He doesn’t have to explain that Tom is unemotional and distant and never talks about his feelings, that he doesn’t care about other people and is incapable of love. We get all that in six words. 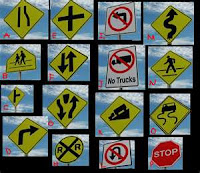 The reason figurative language works so well is because images are processed and understood instantaneously, whereas language takes some figuring out. Smile at an infant and he’ll smile back. Frown at him, and he’ll cry. Newly-born and without words, he learns, knows, and understands those images almost immediately. It will be years before he can explain them. An 18 month old child cannot tell you the rules of patty-cake, but she certainly understands them. Two adults, each speaking a different language, will immediately resort to images to communicate with each other. Images are easier than language. That is why a picture is worth a thousand words. That is why we are told to show, don’t tell.

Knowing that, it makes sense to incorporate figurative language – language that creates images in the mind’s eye - into your writing. It helps the reader get things faster and easier, and makes a more lasting impression. Your story will stay with the reader longer if they ‘see’ what is happening, rather than trying to interpret your words.

Of course, when you use figurative language, you want to come up with your own, newer ideas, rather than using old clichés. So, with that in mind, let’s look at similes, metaphors, and analogies. All three are similar in that they compare things, but each does it a little differently.

A simile says something is like something else, and will often use the words ‘like,’ or ‘as.’

Mary’s smile was like a ray of sunlight.
John skulked through the forest as silent as a snake.

You do have to be careful that your simile can’t be taken literally. For instance, if I was writing fantasy or SF and I wrote – Mary beamed like a ray of sunlight. - a reader might wonder if Mary was actually lighting up. In that case, my simile wouldn’t work, but in any other kind of story, the simile would be clear and obvious.

Metaphors are a bit different in that they don’t say one thing is ‘like’ another. Metaphors actually turn one thing into something else.

My pole dangles loosely in my hand as the river ripples past, a honey-colored ribbon wending its way to the sea. 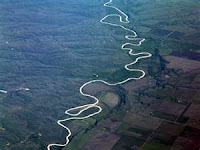 The river has been turned into a ribbon. I could just as easily have said the river rippled past ‘like’ a honey-colored ribbon, and would then have had a simile instead of a metaphor, that’s how close similes and metaphors are to each other. How do you know which to use? It comes down to nuance – the rhythm of the sentence, the slight difference in meaning, the way the words you use sound together. Whether you create a simile or a metaphor is up to you.

In a sustained metaphor, you simply take the metaphor a bit further by continuing to describe the river as a ribbon.

My pole dangles loosely in my hand as the river ripples past, a honey-colored ribbon wending its way to the sea. It twists and turns, tying the landscape into a neat, square package.

You could go on and on as long as you can make the metaphor work. But be careful. The further you take the metaphor, the less impact it tends to have. It can easily turn into overkill and purple prose. 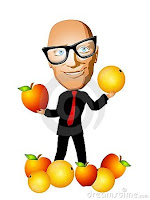 A mixed metaphor is a metaphor gone bad. It’s saying the river was a ribbon and then going on and saying the ribbon was doing something a ribbon would never do. Or it might compare that ribbon to something totally unrelated.

My pole dangles loosely in my hand as the river ripples past, a honey-colored ribbon glowing with the fire of a burning furnace.

The metaphor doesn’t work because I turned my river into a ribbon, and then described the color, rather than the ribbon. I didn’t describe the thing I turned my river into. And a fiery furnace has nothing to do with a river or ribbon. I’ve created two metaphors that don’t relate. I’m comparing apples and oranges.

Analogy is very much like simile and metaphor, and is really just another form of a sustained metaphor. While the sustained metaphor carries on the idea of a river being like a ribbon, it’s a poetical comparison, a way to describe something. The analogy tends to lean toward explanation, to making something clear by comparing it to something else. Here are two excerpts from the same story where I used analogy.

The doctor is trying to explain mental illness to an 11 year old.

“The mentally ill are a bit like the alligator,” Dr. Wentworth said. “Ugly, difficult, and unpredictable. Some are even prone to snap.”

In the next scene, the MC has to decide what kind of relationship she wants to have with her mentally unstable mother. The Dr. is speaking.

“Do you love that old antique vase enough to pick up the pieces and glue it back together? Or, if some pieces are missing, do you value it enough to keep it anyway? Perhaps you’ll take it to a shop where they specialize in fixing things like that, or maybe you’ll stuff it in a closet on some dusty shelf where you’ll never have to look at it again. Perhaps it will have simply lost its luster and you will sweep it up and throw it away.”

The Doctor is comparing the MC’s unstable mother to a broken vase in order to help her understand her options. The point of figurative language is to help the reader see what you are saying, to make your story easier to understand. Take a look through some of your manuscripts with an eye toward the visual, and turn those words that are just telling the reader something into images she can see in her mind.

And remember, writing a story isn’t an English class and there are no tests. It doesn’t matter if you don’t remember all the terms mentioned here. It doesn’t matter if you’re not sure which is a simile and which is a metaphor. What matters is that you understand how to use them, and then, actually use them. It’s like patty-cake. You don’t have to know how to explain it, you just have to understand how to play.

Next time, we’ll look at allusion, personification, and hyperbole.
Posted by Barbara at 6:00 AM

You'd be a great teacher, Barb.

This was a great piece. Thanks for posting it.