In 1968, Linda Schele received her M.F.A at the University of Cincinnati.  She also married her husband David.  Her plan was to teach studio art, but a funny thing happened on her way to her chosen profession.  In 1970, her husband was asked to go to Yucatan in Mexico and take photographs of Mayan ruins.  Linda went with him, and her life turned in an entirely different direction.

"I once was a fair to middling painter,” she said, “who went on a Christmas trip to Mexico and came back an art historian and a Mayanist."


She went on to become world famous and a leading authority in her new field. 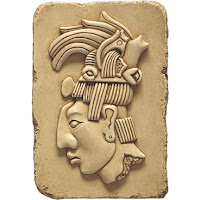 Linda’s specialty was decoding Mayan hieroglyphics, or ‘glyphs.’  Nobody had had much luck deciphering them.  Over the years, people had figured out the Mayan number and calendar systems, but how to translate Mayan glyphs into English words was still a mystery.  When Linda managed to decipher a good part of a long list of Palenque kings, it brought new excitement and interest to the task.


By the mid ‘70’s, Linda had deciphered many more of the Mayan glyphs and was writing and publishing papers.  She went back to school and earned a Ph.D in Latin American Studies at the University of Texas.  Her Dissertation “Mayan Glyphs: The Verbs,” was considered groundbreaking and won the “Most Creative and Innovative Project in Professional and Scholarly Publication" award, given by the Professional and Scholarly Publishing Division of the Association of American Publishers. 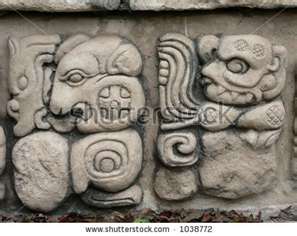 There she was, a newcomer in the field, and Mayanists who had been at it much longer were looking to her for new ideas and information, which was just fine with Linda.  She believed in collaboration and in sharing knowledge and ideas.  As a graduate student in 1977, she founded the Maya Hieroglyphic Workshop in Texas, to do just that. Today, it’s known as the Maya Meetings at Texas.


Linda soon became the go-to-gal when anyone needed an expert on the Maya.  She appeared on Discovery, National Geographic, PBS, BBC and A&E, and even appeared before Nasa to give them her thoughts on the importance of understanding another world view.  She brought the Mayans to life in a way no one had before.


Her accomplishments as a Mayanist would fill pages.  She taught, gave interviews, chaired committees, wrote papers, mapped cities, mentored students, and even acted as a tour guide at some Mayan sites.  She held workshops for the public and taught them how to read Mayan glyphs, and she worked with modern Maya people to better understand them and their ancestors and, again, she shared her knowledge with them to give them back a bit of their own history.
Linda was only 56 when she died in 1998 of Pancreatic cancer, so she didn’t have a lot of time, but she left an immense body of work and a multitude of students to carry on.  Perhaps someday we'll finally learn why all those Mayan cities were abandoned, and why they were so into human sacrifice, and if that fellow in that famous glyph is really sitting in a spaceship. 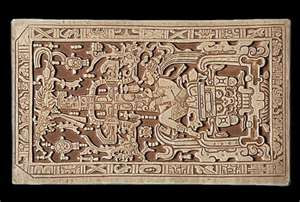